BMW is hoping that one of the highlights of BMW Motorsport’s season in 2013 will be the splendidly famous 24-hour race at the Nürburgring (DE). Together with lots of other BMW teams, Marc VDS Racing is returning to the “Green Hell” to again deal with among the best difficulties on the planet of motorsport, the Nürburgring course. Having finished fourth in 2012, the Belgian group, contending as BMW Sports Trophy Team Marc VDS, has its sights focused specifically on the podium when it lines up at the endurance classic in May 2013. 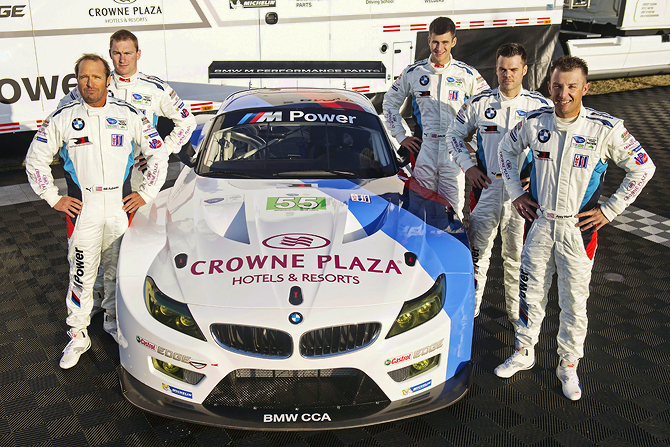 The Marc VDS Racing Team, which enjoyed success in the Blancpain Endurance Series in 2012, will have ample technical support from BMW Motorsport. BMW Motorsport will also lend expertise to the other BMW entries for the prestigious encounter with the Nürburgring-Nordschleife. In preparation for the 24-hour race, BMW Sports Trophy Team Marc VDS will complete the yearly test day within the VLN Endurance Championship, and compete in the very first and third rounds of the VLN at the Nürburgring-Nordschleife.

“BMW has always assisted its client teams incredibly well. This operational assistance has fantastic relevance to us in many concerns,” said Team Principal of BMW Sports Trophy Team Marc VDS, Bas Leinders (BE). “Firstly, BMW designers will be a lot more involved in aiding us with handling the website. BMW will supply us with vehicle drivers for the Nürburgring 24 Hours. Their knowledge of the Nordschleife will be tremendously valuable to us.”

As well as their involvement at the Nürburgring, Leinders and his team will participate in the entire Blancpain Endurance Series. This will be an exclusive endeavor, the objective of which is to test for the title they narrowly lost out on in 2012 with the BMW Z4 GT3. The feature of the Blancpain Endurance Series is the 24-hour classic at Spa-Francorchamps (BE) on 27th and 28th July 2013.