The Long Beach Grand Prix race hinged on a single pit stop with approximately one hour remaining in the 100-minute race, by far the shortest race of the season. First, the No. 911 stopped and Richard Lietz relinquished the car to Nick Tandy with fresh Michelin tires and a full fuel load from their fifth place qualifying position. One lap later, the No. 912 stopped with Patrick Long taking over from Michael Christensen who was running sixth at the time. After the rotation, the No. 911 gained one spot moving to fourth while the No. 912 did the same, moving to fifth. From the sole pit stop to the conclusion of the third round of the championship, Nick Tandy ran a mostly unchallenged race to cross under the checkered flag 27 seconds behind the winners. 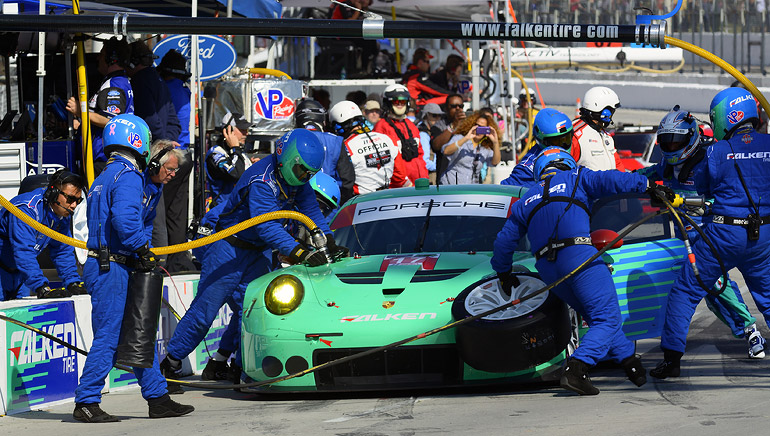 The No. 17 Team Falken Tire Porsche 911 RSR with factory driver Wolf Henzler (Germany) and Bryan Sellers (Braselton, Ga.) also gained one spot on their starting position finishing eight with efficient pit work. The eighth-place follows a fifth earned during the debut of the privately entered 911 RSR at the 12 Hours of Sebring in March.

Nick Tandy: “The result is better than our pace this weekend at the Long Beach Grand Prix as we improved on our qualifying position. We scored two high points places for the team and gained points back on the championship leader. It’s not a podium but it’s two cars in the top-five, so it’s good.”

Richard Lietz: “I think we did the maximum we could do. We didn’t have the speed today to stay with the guys in front of us but we did our best. I think it was positive but we need to work to find the additional speed.”

Patrick Long: “I am happy we persevered with a lot of challenges today. Fourth and fifth are not first and second but it’s a long season so we need to put points on the board. I didn’t have a radio for the whole stint so I didn’t know if the BMW was on the lead lap. I just pushed as hard as I could at the end. It was a good hard, clean fight with Bill Auberlen. Michael did a really solid job and we just made the best of what we had this weekend.“
Michael Christensen: “That was fun. Obviously, it was a little bit of a train most of the stint. That’s how it is, it’s tough to get by on a street circuit but I did my best to move forward.” 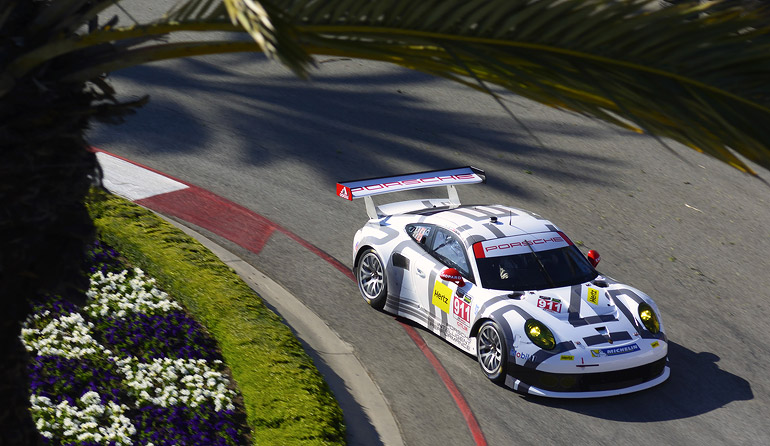 Wolf Henzler: “We have to sit down now after this race and look at what we did and what we can do better. We still need to understand the car better and how it reacts to setup changes on the Falken tire. I think we will have something better for Laguna Seca.”

Round 4 of the Tudor United SportsCar Championship will take place on May 4 in Laguna Seca, California.