The Porsche 911 addresses apparent contradictions like no other sports car– such as between custom and breakthrough or in between exclusivity and high social approval, and naturally in between performance and efficiency. Therefore, Porsche is commemorating the 50th anniversary of the 911 at the International Motor Show (IAA) in Frankfurt with a special anniversary version based upon the 911 Carrera S: like the original 911, the 911 50th Anniversary Edition is a coupe with a flat-six opposed engine and rear wheel drive. Its reliable performance, active sport suspension– and unique physical body have current relevance: the anniversary 911 features the large physical body, which is commonly reserved for the all-wheel drive Carrera 4 models. This special edition will be limited to 1963 cars, a number that stands for the year of the 911 world premiere. 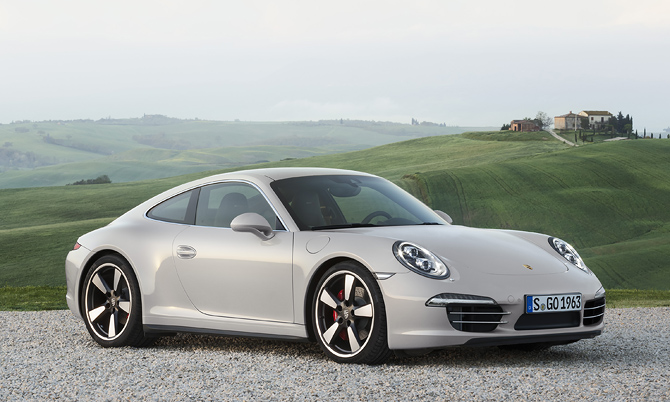 Porsche will provide the limited edition version in time for the 50th anniversary of the 911 at the IAA motor program in Frankfurt, which opens its doors to everyone on September 12, 2013. In 1963, Porsche offered the initial design to everyone at this prominent worldwide program for the automotive industry. Considering that its first presentation– originally as the kind 901– the sports car symbol has actually thrilled automobile fans around the world, and today it is considered the example of superb performance and design for all other sports car manufacturers to also achieve in the design and engineering of the sports cars/super cars that these competitors create. After making its debut in 1963, the 901/911 version series has progressively developed without disturbance. At the same time, the unique character of the 911 has constantly been maintained. The result of this development over a 50-year period– that includes numerous race victories as well– is a sports car that fully embodies the credibility of the Porsche brand. Its DNA is mirrored in all Porsche versions. 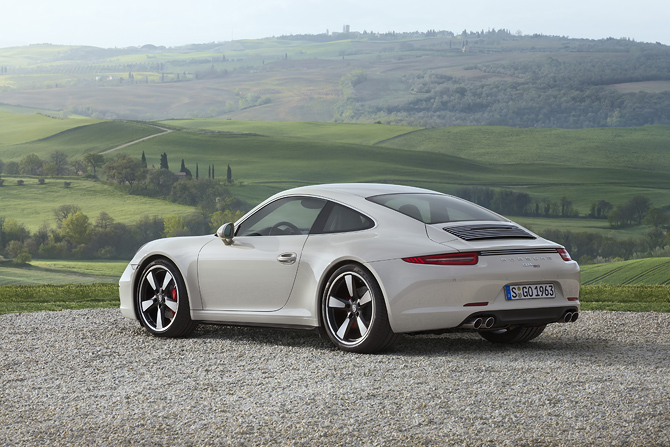 This limited edition of the 400 hp (294 kW) 911 Carrera S includes functions that have actually added to the 50-year excellence story of the 911. As an example, the limited edition includes Porsche Active Suspension Management (PASM) with special tuning to complement its increased track width and to include support to the exceptional cornering dynamics of the 911. The sport exhaust system produces a suitable emotional sound. Unique 20-inch wheels are a visual tribute to the fabulous “Fuchs” tires and are completed in matte black paint with machine-polished centers. Chrome trim strips on the frontal air inlets, the fins of the engine compartment grille and the panel in between the back lights emphasize the distinct appearance of this limited edition version. Yet another technical highlight of the car’s equipment is the Porsche Dynamic Light System (PDLS) with bi-xenon headlights and dynamic cornering lights 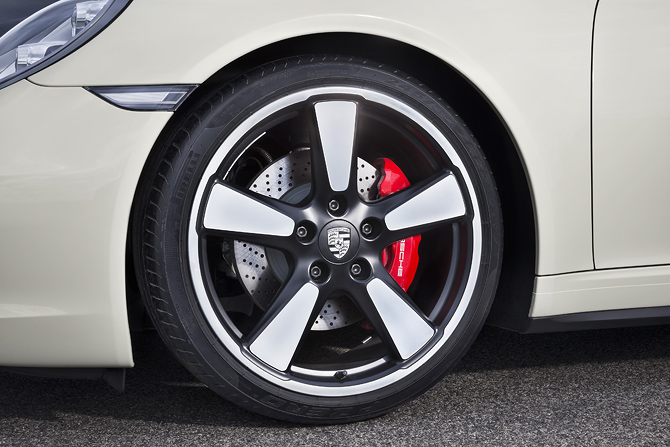 Two one-of-a-kind colors are available for the anniversary 911, a darker graphite gray and a lighter geyser gray metallic. Additionally black monochrome is also offered. Each of the automobiles has a two-tone 3D-effect badge on the rear lid with the numbers “911 FIFTY”. This is repeated in three color embroidery on the headrest and in two colors as a logo design on the tachometer and the aluminum door sill plates. It can additionally be found on the cup holder panel in addition to the limited edition lot of the specific auto. Various other outside characteristics of the unique version are high-gloss window frames and sport design exterior mirrors on the doors panels. 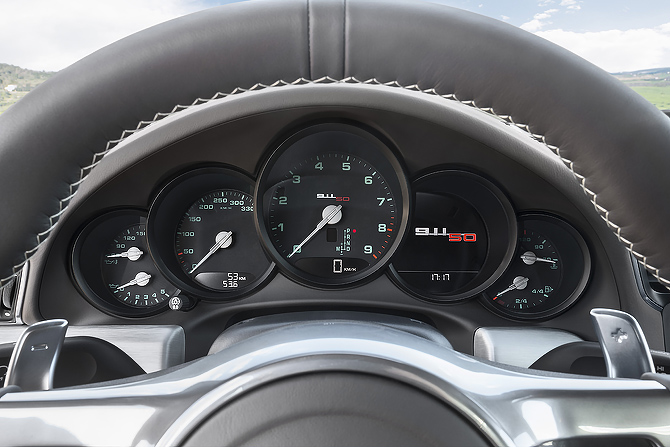 There are memorials to the original 911 in the inside also: eco-friendly identifying on the instruments with white pointer needles and silver caps on the instrument pivot pins, like 50 years back. Yet another special function is the center panels of the natural leather seats, which are made with a fabric design reminiscent of the “Pepita” tartan design from the 1960s. The full-leather inside is designed in agate gray or black with attractive sewing, some on the other hand color. The vehicle driver and front guest delight in typical 911 handling fun in 14-way sport seats or optional 18-way sports seats. The equipment change or selector lever– which matches the ornamental panels on the dashboard, doors and center console in brushed aluminum– comes from the Porsche Exclusive design. 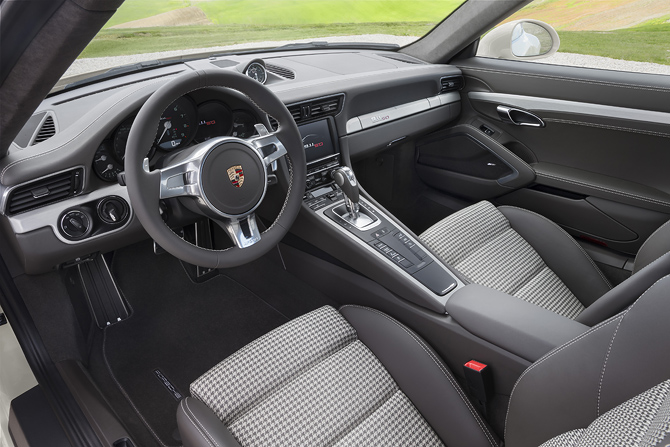 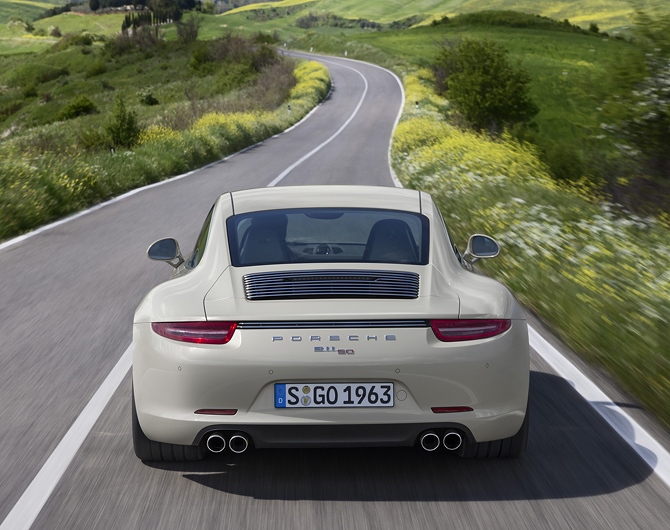